Seeing an emotionally unavailable man is like dating one of those sex dolls. Sure they give you pleasure when you need it and they might even feel good to cuddle with in bed. But as soon as you try to have a serious conversation, they just stare at you with their dead eyes and mouth wide open.

Has this happened to you before? Here are my favourite ways on how to deal with an emotionally unavailable man. 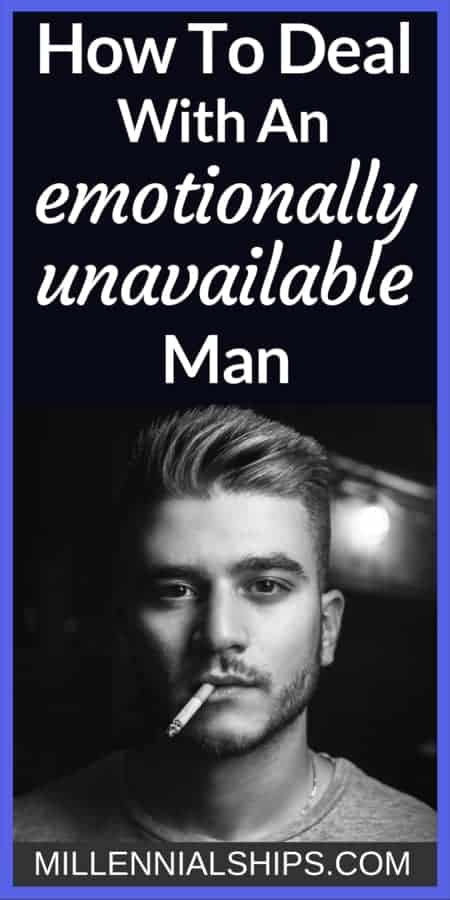 HOW TO DEAL WITH AN EMOTIONALLY UNAVAILABLE MAN

1. Diagnose what you’re dealing with

The first step in dealing with an emotionally unavailable man is to figure out if that’s what he really is. A lot of men in the beginning of a relationship will be a little hesitant to make things serious but it doesn’t mean they won’t ever get there.

Here are some signs that you’re dealing with an EUM:

He doesn’t like to do “lovey dovey” things. Sleeping over after having sex. Holding your hand. Giving you flowers. Making you breakfast. You know, boyfriend-y things.

He doesn’t contact you on a regular basis. The beginning stage of a relationship is when people are the most excited. If you’re falling for someone, you want to see them all the time. You want to text them and call them. You’re thinking about them often. This is normal “honeymoon phase” behaviour but it only happens to people who want to fall in love.

Someone who is emotionally unavailable does not want to fall in love.

Their guard is up, they are protecting themselves.

They may be excited to see you or enjoy having sex but they are not thinking about you all the time. He doesn’t text you often, he doesn’t necessarily want to see you every weekend. If you find that he’s distant, goes days without making contact or makes plans last minute, he is probably an EUM.

He doesn’t like going too deep. I’m talking about emotionally deep. If conversations get too serious, he’s likely to change the subject. He might even let you tell your life story but is reluctant to share his own. Or doesn’t like talking about topics that go below surface level.

He avoids the future or “what are we?” conversation. Ok this is the absolute biggest sign that you’re seeing an EUM. Remember that people who want to fall in love get excited about new relationships. They are overjoyed to find someone that they connect with. You know the cloud 9 feeling of being in love with someone? It’s awesome! It’s a high like no other.

If you are going through those types of feelings, you absolutely want to lock it in. You don’t want your new catch getting away because you finally found someone!

If he is not showing this kind of excitement or wanting to “lock you in” it might be that he’s not ready to be in a relationship. I wrote a post explaining how vulnerability is key in finding true love. If he’s not willing to be vulnerable, he doesn’t want love. 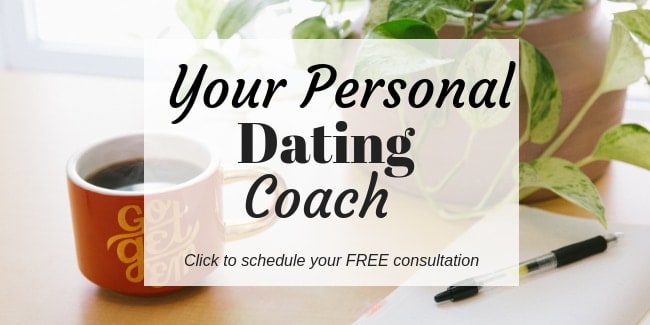 2. Decide what kind of relationship you’re looking for

There’s nothing wrong with dating an emotionally unavailable man! In fact, he might be just the kind of guy you’re looking for.

If you just want to hang out, go for drinks and have casual sex, this is the perfect guy to be getting involved with. It can be really fun dating casually and you don’t have to fear him falling in love with you.

The only warning I will give is that it can be easy to start falling for or getting emotionally attached to a man if you’re having sex with them. If you are fully aware that you’re relationship is causal and he feels the same way, then it’s best to keep it casual.

this means no sleepovers

No meeting the family or close friends and try to not to keep things going for longer than 6 months or so.

The important thing here is to take a look inward and determine if you’re looking for something serious or something fun.

Do you wish that he would take you out on dates more often? That he would spend the night and spoon you? Do you feel the need to introduce him to your close friends or family? If you answered yes, then you might not be on the same page.

3. Tell Him What You’re Looking For

Once you have figured out the kind of relationship you’re looking for, sit down and have a talk with your EUM. If he really is emotionally unavailable, he will likely be fine with a casual relationship but not fine with questions about the future or getting serious.

It’s important to phrase the “get serious” conversation in a strategic way.

You don’t want to just blurt out “hey so when can we be boyfriend and girlfriend?” Instead you want to ask more subtle questions. Thinks like: what do you have in mind for us in the future? What kind of relationship would you like to have?

This leaves him open to answer the question honestly and without being pressured into anything by your choice of words.

If you find out that you’re not on the same page, it’s much better to move on!! See step number 5 if you’re in this position. 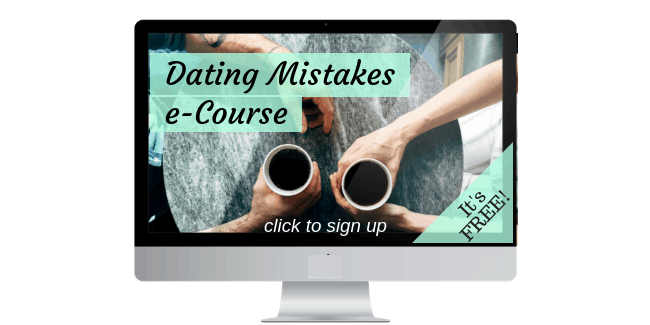 Another really effective way to deal with an emotionally unavailable man is to “audition” him. This allows you to avoid the “talk” in step number 3 but still gives you a great idea of his commitment level.

Think of yourself as a director for a film and you’re looking for your starring lead guy. You have him come in, audition and prove himself to you. After he has shown you what he can bring to the table, you THEN cast him to be in your movie.

Don’t cast him to be in your movie before he’s finished the audition!

When you’re first seeing a guy, he should be on his best behaviour and trying to prove to you the kind of boyfriend that he’s going to be. This is his “audition” phase.

To pass the dating audition, he must text you often. Plan dates. Ask about your day. Invite you to meet his friends. Go with you to events. He has to agree to do the things that say “see what a great boyfriend I’m going to be?”

If he is putting in no effort to audition, then maybe he doesn’t want to be in the movie. You wouldn’t cast an actor who didn’t prepare for the audition would you? So why are you going to try and turn a guy who doesn’t act like a good boyfriend into your boyfriend?

As I mention in my dating mistakes eCourse: dating is less about “finding the right guy” and more about “saying no the wrong ones”. That way you’re free and single when the right one comes along.

If I’m coaching a woman who is dating an EUM she often talks about all his great qualities.

“He’s just so nice though.”

“At first he was the best and now he’s just gone distant. I want him to act like he was in the beginning”.

“We just have such a strong emotional connection, I can talk to him for hours.”

Let’s go back to the audition analogy. Let’s say you have a guy that comes in and he just nails the audition! He’s funny. He said the lines beautifully. He was so natural, so charming.

But he’s a 45 year old guy and the role is for a high school senior.

Guess what, the guy is done. He can’t be in the movie. It doesn’t matter that he was “perfect”, he must check off ALL THE RIGHT BOXES in order to be considered.

If you’re dating an EUM, he’s missing a key thing and that’s: vulnerability. Remember that people can only find love if they are vulnerable.

Are you struggling with vulnerability in dating? It is a key part of finding true love. Check out this post on how to take down your protective wall.

Let’s consider the alternatives for a moment.

Doesn’t that sound so much better than waiting for your EUM to change his mind? I sure think so!

If you find yourself going on dates with one emotionally unavailable man after another, you might like my FREE Dating mistakes eCourse. It’s time to up your dating game! Click here to learn more.

There comes a time when normal behavior crosses the line and turns into emotional abuse. If you think you might be in an abusive relationship and need more guidance, check out my ebook on Signs of Emotional Abuse on Amazon. 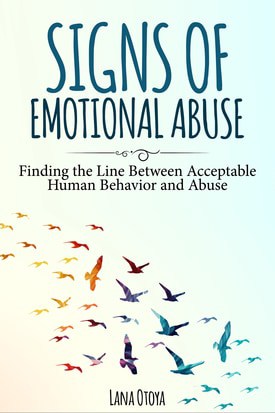