Are you asking yourself why am I still single and struggling to find the answer? Are you a strong independent woman that don’t need no man? If you are happy being single and don’t want to settle down that’s awesome! Seriously that’s really good, and you don’t need a man to make you happy – none of us do. 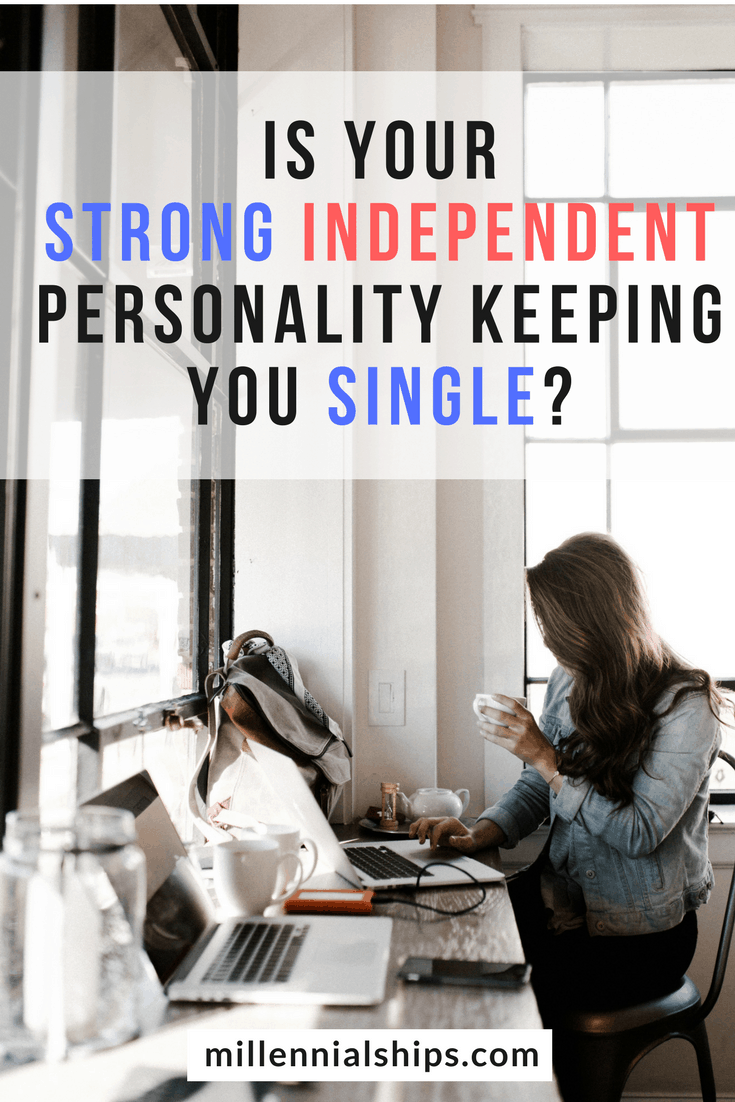 I’ll admit that I’ve struggled with coming off too strong in the past because I’m extremely laser focused on my career goals.

I’ve always wanted to be self-sufficient and successful all on my own accord.

This aspect of my personality is directly related to the fact that I am a Type A organized person, I make lots of plans (and get upset when they fall through).

I’m constantly planning for the future, I am blunt, honest, direct and a work-a-holic.

The house-wife/male supporting my lifestyle just never appealed to me. There’s nothing wrong with it, it just wasn’t my cup of tea.

Turns out these traits actually turn off men!

Specifically, men say they want women who are smart, driven, ambitious, and accomplished — but when they actually date these women, they hesitate to start a relationship with them. Through research and interviews, Birch deduces that some men may be made uneasy by such a woman’s success, especially if they haven’t yet achieved that level of success in their own careers. – Business Insider

So my accomplishments make men insecure…

I once had a boyfriend who was really competitive and flat out told me that if I made more money than him, he’d be pissed.

I know this is likely not the opinion of all men and probably not even most men – but it seems to be a trend that is common nonetheless.

I think this is a trait you’ll find in men who are ambitious and competitive themselves. They don’t want to have their wife or girlfriend showing them up.

So then strong women are stuck with lazy bums?

When I was dating that super competitive guy, it was hard because he never wanted to celebrate any of my accomplishments – because we was jealous.

Then I did a total 180 and dated a guy with no life dreams or goals and could barely hold a job down as a dishwasher in a restaurant. This relationship SUCKED for me because I couldn’t stand coming home to someone who I thought was super lazy.

its not all about you – its about HIM TOO

It took a lot of looking inward and doing some research on what guys really look for in a girlfriend/wife for me to realize that I might need to adjust my personality when dealing with a romantic partner.

Forbes published the results of a study by “Sociologists Christine B. Whelan at the University of Pittsburgh and Christie F. They analyzed the results of a 2008 survey asking men to rank attractive qualities of a potential spouse.” – Forbes

The results of the study were as follows. These are in order of importance with #1 being the most important.

10. “Ambition and Industriousness” – It made the list! But it’s number 10 out of 18 traits so it’s about the middle of the way. We will discuss this later – it is important

9. “Desire for home and children”

5. “Pleasing Disposition” aka being warm and comforting

3. “Emotional Stability and Maturity” aka being calm and collected in times of stress. No dramatic fights.

So what does this have to do with me?

I posted the full list just in case you guys were curious but the important ones to focus on are #10 and the top 5. The fact that being ambitious made the list at number 10 means that guys do like this quality in a woman, they just don’t want it to be over-bearing.

I mentioned those traits above that make me successful in achieving my career goals – but do they make me a successful partner?

Being laser focused on work tells him that I don’t have time for him.

You being a Type A planner tells him that I want to control him or run his life and I’ll admit that I do want to do that half the time!

Being blunt and honest tells him that I’m judgemental. “Is that really what you’re wearing? We’re going to a nice place…”

Except for #4, all the top 5 traits have to do with how you make him feel.

Being warm and comforting means that he feels safe and supported and that you won’t judge or criticize him.

Being emotionally stable and mature means that you won’t pick fights for no reason or make a big deal out of small things (ie, not folding the laundry properly).

Dependable character means that he feels he can trust you and that you’ll stay loyal. You’re not jealous or controlling.

SHOW HIM YOUR VULNERABLE SIDE

But when he’s around – you need him.

You need him for support, comfort and love just like he needs you for those things.

I know this is hard for us women who take pride in being self sufficient. It’s hard to give in and let the wall down because, when that wall comes down, we might get hurt.

The good news about taking down the wall is that behind the wall is where true love is. That might sound cheesy but it’s true. When we decide to give a little piece of ourselves to someone else – we are now connected in a way that we cannot be connected to anyone else.

He owns a piece of you and that’s ok, you are in this together.

Together you are a team, a partnership.

Maybe you are the one that plans the dates or keeps track of the finances. Maybe he’s the one that holds down the steady job while you’re exploring a new business venture.

No matter how the chores and duties of the relationship are split up – if you’re in this together, you do need him and it’s important that show him that he is needed.

It will feel good for both of you.

4 thoughts on “Why am I still single? Are Men Intimidated by Successful Women?”